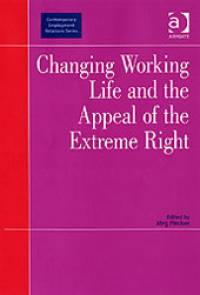 The chapter reports a qualitative analysis of semi-structured interviews to a sample of Italian workers, divided into either “winners” or “losers” according to their having experienced an improvement or a deterioration of job conditions over the previous five years. Results showed that both “winners” and “losers” were aware that the perspective of a job for life has vanished for most cases. From such a common starting point, “winners” and “losers” reconstruct their work experience quite differently. The “winners” justify current changes, and embrace an individual philosophy of contingency, which drives them to “ride-the-wave” of change.The “losers” condemn current changes, and seem to be overwhelmed by material and psychological uncertainty, which makes them to feel the victims of an unequal situation. Although through different routes, “winners” and “losers” get to endorse the merit principle, which in turn leads them to legitimate social inequality and to endorse strong authoritarian attitudes against people who are perceived to break social norms (especially the immigrants), all attitudes that are typical of right-wing ideology.