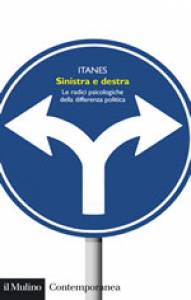 The chapter investigates negative prejudice towards immigrates shown by left- and right-wing people, as well as by people refusing to place themselves on the left-right continuum. Data are based on a survey carried out within the ITANES program on a representative sample of Italian voters. Differences in the levels of conventionalism, social dominance orientation, individual and collective uncertainty are investigated. Results show that lowest levels of prejudice are found among left-wing participants and the highest among right-wing participants and “not-placed” participants. Conventionalism and social dominance orientation are related with prejudice in all three groups of participants. Individual and collective uncertainty play instead a major role among not-placed participants. These results suggest how contextual conditions play a role in the development of prejudice in addition to relatively stable ideological beliefs.

The chapter examines diffeences in political efficacy of left-wing versus right-wing oriented voters. Other psychological correlates, such as political interest, identification with a political leader, and uncertainty perception are also investigated. Data were collected in a survey on a representative sample of Italian population, within the ITANES programme. Results show that left-wing people have the highest level of political efficacy, while people refusing to place themselves on the left-right continuum have the lowest level. Besides, while a strong political interest supports political efficacy among left-wing people, identification with the leader supports efficacy among right-wing people. Finally, among people refusing to place themselves on the left-right continuum, reduced political efficacy seems to be the outcome of the high perceived uncertainty at individual and collective level.