Explaining intention to reduce red and processed meat in the UK and Italy using the Theory of Planned Behaviour, meat-eater identity, and the Transtheoretical Model.

Connecting social psychology and deep reinforcement learning: A probabilistic predictor on the intention to do home-based physical activity after message exposure.

The effect of persuasive messages in promoting home-based physical activity during COVID-19 pandemic.

Going green but staying in the black: Framing effects in communication on the economic impact of environmental policies. 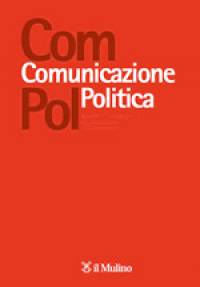 Some recent developments of psychological research on political communication are discussed. First, a focus on the effi cacy of several features of politicians' verbal and non-verbal communication, such as concreteness versus abstractedness of language employed or gestures. Second, a focus on the use and the effi cacy of defence and attack communicative strategies by politicians and journalists, as well as of strategies aimed at enhancing citizens' identifi cation with given social categories. Finally, an increasing attention for the consequences of pragmatic constraints related to the various contexts in which political communication takes place.