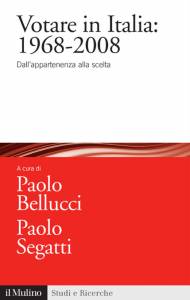 In Itanes 2006 survey, voters' values were investigated through the social values model proposed by the social psychologist Shalom Schwartz (1992, 1994). The chapter at first deals with what the values are (ingredients of ideology or motivational goals), which types of values can be found, and how they can be measured. Then, the chapter tests whether the measures used in Itanes 2006 survey match with the compatibility and incompatibility structure expected according to the Schwartz's model. Afterwards, the chapter investigates the hierarchy of values, e.g. the relative importance associated with each value type, and their links with voters' sociodemographic variables such as gender, age, educational level, and religiosity. Finally, the chapter analyzes how values are linked with voters' political self-definition, with their attitude toward immigrants, and with their voting choice.

A few weeks before 2006 general elections in Italy a high proportion of voters declared that they were still undecided about their vote. Based on panel and rolling cross section data collected within the 2006 ITANES program, the present paper analyses some feature of the decision process of these undecided voters. The comparison between this group and the group of decided voters highlighted relevant differences between the groups as regards the role played by various antecedents of vote: party and coalition identification, ideological orientation, values, leader perception, attitudes towards political issues. The relations between political interest, competence and the degree of voters’ uncertainty were also investigated.