What has been and what should have been. The representation of the government’s performance in a television interview with Italian Prime Minister Berlusconi 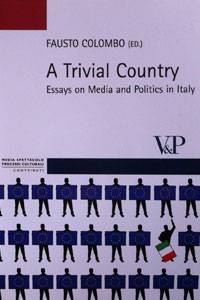 When publicly accounting for their political performance, in-power politicians are likely to focus not only on what they have actually done, but also on what they were expected to do, what they could or could not do and what they intend to do in the future. In doing this, they aim at safeguarding a positive image of themselves through: a) presenting their past actions as positive, highlighting their successes and justifying their failures; b) presenting themselves as competent and reliable as regards the future. If the account is given during a television interview, what politicians say is constrained by the features of television as a medium and by the features of the specific program. In addition, what politicians say is constrained by comparisons between reality and possible alternatives evoked by the interviewers’ questions. Adopting an interdisciplinary perspective, in this contribution the authors analyse a pre-electoral interview of the Italian prime minister Berlusconi, focused on the government’s performance. While the psychosocial analysis of the interview is focused on how Berlusconi’s performance is represented and justified through a comparison with its possible alternatives, the socio-semiotic analysis is focused on how television shooting direction contributes to frame the communicative exchange. The two analyses support each other in getting to a closer comprehension of how political representations are built through the media.