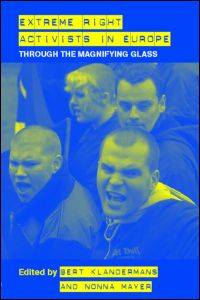 The chapter analyses how the issue of fascism is dealt with by Italian extreme right-wing party activists when they account for their political involvement. Given the stigmatization of fascism in Italy since the Second World War, membership in parties that present themselves as the offspring of fascism is likely to foster a situation of psychological conflict in their members. On the one hand, continuity with fascism may be a way of stressing one’s existential consistency, which is a basic human need. On the other, showing continuity with fascism implies being exposed to discrimination and stigmatization , which is a threat for a positive social identity. Through a qualitative analysis of semi-structured interviews, the chapter investigates how extreme right-wing party activists cope with such a conflict. It emerges that fascism is represented as a positive heritage, but also as the reason for frequent episodes of discrimination, suffered by the interviewees themselves or by their relatives. Perceived discrimination fosters party identification, which in turn contributes to attenuate negative consequences of discrimination. The results of the present qualitative analysis enlarge upon and add to what has been shown by previous research in this area, by highlighting a number of strategies people use so as to transform a stigmatized political membership into a rewarding psychological experience. While continuity with fascism (and related processes of positive reinterpretation) provides interviewees with ideological as well as existential consistency, perceived discrimination (and related coping processes) fosters group compactness and increased in-group identification.